A rare opportunity to acquire a one owner 1974 Plus 8.

The car was bought new by me through Victor Kaye of Museum Motors in Gisborne near Melbourne. Victor was the current Australian Morgan agent at that time.

I placed my order in February 1974, visited the factory in September to see it being built and took delivery in February 1975. It was my first new car and I started running it in on a joyous drive from Melbourne to my home in Brisbane.

I have enjoyed 65,250 trouble free miles with the Morgan – the drive-train remains completely original.

Colour is silver grey with gunmetal grey guards – it is a well-known car in the Morgan owners’ clubs of Queensland, NSW and Victoria where the car was located with me in the late 1990s.

The car drives well and shows the patina of many years of enjoyment – it is loved by my family but as I am now in my late 70s I am finding it difficult to get in and out of so have made the difficult decision to sell my faithful Morgan. 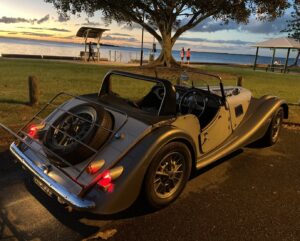 A genuine example of this model and is being sold due to aging of the owner. 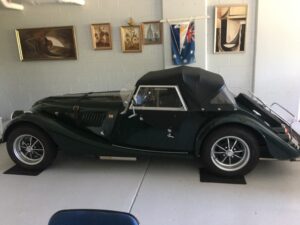 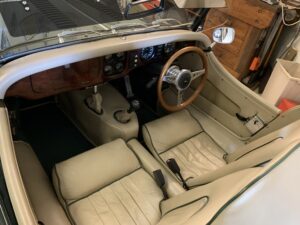